A humble beginning to say the least, Sshrishti first started in 2003 in the living room of its founder, Ms. Sanghamitra Bose, providing informal education to 50 – 60 children daily and functioned there for almost a year. Sshrishti, which means creation, was registered as a trust on 15th December 2003 and moved to its first rented premises in September 2004. Since then, Sshrishti has only grown in the number of beneficiaries it reaches and the number of centres it runs.

Today, Sshrishti is a credible NGO enjoying accreditation from both within India and abroad including Guidestar, Give India and Charities Aid Foundation. Sshrishti is a highly transparent organization that aligns itself with international norms of good governance, as evidenced by our 2010 recognition as the Best Small NGO in North India by Resource Alliance and Rockefeller Foundation and making it to the top four finalists at the India NGO Awards by EdelGive Foundation and Rockefeller Foundation. In 2018, Gray Matters Capital (India), an independent agency for measuring learning outcomes, graded Sshrishti’s academic performance much higher than that of government schools pan-India.

With the vision to create a literate and empowered India, Sshrishti has made rapid strides in the last fifteen years. Sshrishti’s footprints cover states of Delhi, Uttar Pradesh. Haryana, Rajasthan, Uttarakhand and Punjab. Today there are learning centres that reach out to 1500 underprivileged children daily, offering quality education for the early years, bridge-learning facility and nutrition in the form of daily midday meal. Sshrishti provides digital literacy and skill development training to the youth giving them the opportunity for a better future and works towards women empowerment through our programmes for livelihood generation and gender justice.

Sanghamitra Bose has a Master’s degree in English and had started her career as a teacher in a Jesuit-run school in Jamshedpur. She had thereafter moved to Delhi and worked for the next 15 years in Export houses and multinational buying agencies for fashion garments. She spent a few years as a freelance writer and had several articles and fiction published in reputed papers and magazines. She founded Sshrishti in 2003 by teaching a few children in her home and since has led the organisation as its CEO.

Mr. Amit Vaidya completed his B. Architecture degree from BMSCE, Bangalore and started his career with an architectural firm, going on to establish his own firm ‘Design Solution Group’. DSG has designed various projects including hotels, hospitals, residential and commercial complexes, as well as industrial and institutional buildings. Mr. Vaidya is Managing Director of UCC Care Pvt. Ltd. or the Golden Estate, an organization addressing the need of the aged as well as playing an advisory role in Care of Senior Citizens. He has also ventured into the hospitality sector in the state of Himachal Pradesh.

Bachelor of Textiles. 32-year experience in the field of textile testing equipment.

Kunal is an international expert on Social ventures, Development, Branding & fundraising with a special focus on Asia and the Indian subcontinent. He has trained over 1200 development organizations across Asia, Europe, and the Americas in fundraising conferences/ workshops like IFC, IWRM, AFP, and China Charity conference.

Dr. Vinti K. Agarwal is an academician, researcher and a monitoring and evaluation specialist who works in parallel with both academia and non-profits. She currently runs her own research firm Citizen Ecofinalytics which exclusively works with nonprofits on their MEL and impact evaluation projects. She actively volunteers with a range of organizations such as Statistics without Borders, Change.Org, Pallium India, Yogananda Seva etc. She has a wide range of eclectic interests and that includes spirituality, yoga, and community affairs/building.

Rajat is a social innovation adviser with exposure to varied organisational cultures: United Nations agency; International, national and grassroots civil society organisations; Multinational Advertising major; Rural communication pioneer; Self-owned consultancy; Universities and Philanthropic institutions. He has leveraged experience gained across a range of functions, sectors, and countries, to maximize the impact of communication and programme innovation in socio-economic development. He was an active part of the team which developed the launch campaign for Sarva Shiksha Abhiyan, the flagship programme for achievement of universalisation of elementary education in India.

M Ramakrishnan is an active Angel Investor. In his earlier stint at Intello Labs, he has also raised capital for the start-up. He mentors start-ups on strategy and fundraising. M Ramakrishnan is currently working as VP – Financial Solutions at Gramophone, a VC-funded Agritech start-up. Earlier, he was heading the Agritech business at Tech Mahindra. Prior to joining Tech Mahindra, Ram was VP (Sales & Marketing) at Intello Labs, an Agtech start-up that digitized food quality assessment using AI and computer vision. In his previous life, he has incubated, scaled and managed large teams in analytics businesses. He has worked with large MNCs such as Accenture as well as SMEs (e.g. Evalueserve). He did his MBA from MDI, Gurgaon, and graduated in Mechanical Engineering from DCE. In his spare time, he likes to read and blog.

Meeta is a marketing professional with over 25 years’ experience across FMCG, Telecom, Media & Retail industries. She holds expertise in the areas of business strategy, brand strategy, product development, brand building and communication, market expansion, revenue management and pricing strategy. Currently, she is running a start up in the media tech and consulting space with a strong focus on big data and analytics.

Arjun has 38 years of experience with leading companies, many of whom are engaged with agribusiness. He is currently Vice President, Corporate Affairs at DCM Shriram Ltd. In this role he advises the Chairman, Mr Ajay Shriram, on matters relating to Public Policy and its impact on business, manages relationships with Industry Associations, represents the company at external forums, supports businesses on policy recommendations and works on governance of Higher Education Institutions.

Sshrishti concerns itself with children who call India home, but continue to be deprived of their most elementary right, the right to learning and dignity, the right to a childhood. 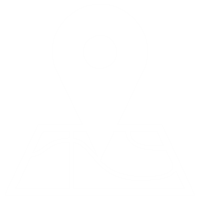 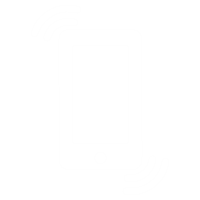 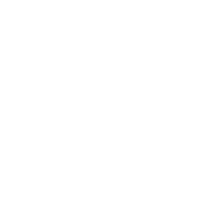